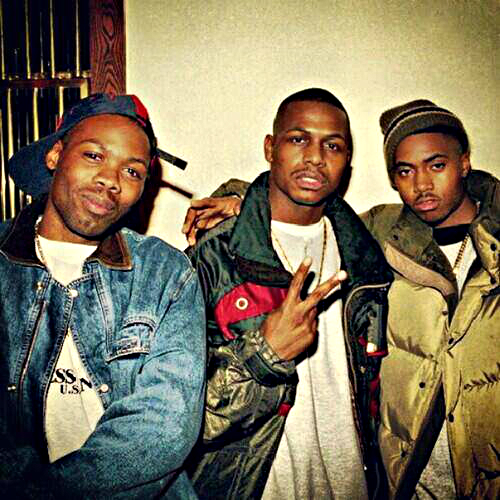 Nas’s recently released album King’s Disease marked his fourteenth project to debut in the top ten. A testament to his longevity and greatness with a career that has nearly spanned thirty years since his debut on Main Source’s 1992 “Live at the Barbeque.” Production-wise King’s Disease was spearheaded by Hit-Boy, who has had an illustrious career in his outright. The most talked-about track on the album was “Full Circle,” which reunited the original lineup of The Firm since “Affirmative Action” from Nas’s 1996 album It Was Written.

The track showcased that Nas, along with AZ, Cormega, and Foxy Brown, can put out music at a high level as a collective unit. Making people wonder if the original lineup of The Firm had been intact what that project would have been. The song itself and the way it came about is remarkable. During his promo run, Nas touched on his relationships with the members of the group and the 1997 self-titled album falling short of expectations.

Nas had become friends with Cormega at an early age, growing up in Queensbridge. Cormega started building a name for himself appearing on tracks with fellow Queensbridge artists such as Blaq Poet from PHD and Hot Day back in 1991. He was being groomed for a record deal first but landed in jail. Nas’s track “One Love,” which served as letters to his imprisoned friends, shouted out Cormega. “What up with Cormega? Did you see him? Are y’all together”. The song was from Nas’s 1994 debut Illmatic and kept Cormega’s name out in the streets.

PHD – Set it Off feat. Cormega

The other future member of the firm that was associated with Nas’s Illmatic album was AZ. He appeared on the intro named “The Genesis” and the track “Life’s a B*tch.” He had initially gone to show support for Nas but organically ended up on the album. Based on his appearance on Illmatic, AZ landed his own record deal. He put out Doe or Die, which became a classic in its own right with Nas featured on “Mo Money, Mo Murder.”

Although Nas was heralded as the next Rakim, he was hurting financially. His album had initially reached gold status and eventually platinum. He befriended Steve Stoute, who managed Trackmasters. A production duo consisting of Tone and Poke, known for a polished commercial sound at the Source Awards in 1995. Steve Stoute could see that Nas had the makings of being a star, and by managing and putting him together with the Trackmasters could make that a reality. If Nas stayed on the same path, he would be critically acclaimed, but his career would stall out.

At that point, the Trackmasters had been producing for several years, beginning with underground legends like Chubb Rock and Kool G Rap. Now, they were beginning to achieve mainstream success working with the likes of Mary J. Blige. Soul For Real, Heavy D, and The Notorious B.I.G. They were on the cusp on becoming the most sought-after production duo.

The album that was going to really put them on the map, Mr. Smith by LL Cool J, was about to be released in a matter of months.

Chubb Rock – Lost In the Storm (prod. by The Trackmasters)

Soul For Real – Every Little Thing (prod. by The Trackmasters)

The Notorious B.I.G – Juicy (prod. by The Trackmasters)

The Trackmasters had produced about half the album, which would eventually go double platinum. LL Cool J’s project prior, 14 Shots to the Dome, had only gone gold. The project was primarily street and aggressive, ultimately alienating some of his following. The solution was to present a more balanced and polished project to appease those who enjoyed his aggressive content and those who liked his softer r&b side. Nas ultimately agreed to have Steve Stoute manage him with the Trackmasters, handling about half the album’s production to become It Was Written.

During the process, Dr. Dre had befriended Nas at a concert, sharing his admiration and respect. He ultimately wanted to get in the studio with Nas and put out some music. Steve Stoute saw it as a great opportunity as well. Adding Dr. Dre at the time into the mix was a no-brainer. Prior to the album being completed AZ had brought Foxy Brown into the fold. She had built a street buzz making a high profile appearance on LL Cool J’s “I Shot Ya (remix)” and Total’s “No One Else (remix)” alongside Da Brat and Lil Kim.

Dre contributed the track “Nas Is Coming.” On the track, Nas and Dr. Dre share the sentiment that the East coast West coast rivalry was nonsense, which was going on at the time. How people need to move beyond it, work together, and get paid. It was a teaser for what was to come between Nas and Dr. Dre.

The album also marked The Firm’s debut, consisting of Nas, AZ, Cormega, and Foxy Brown. Foxy Brown had been brought into the fold by AZ. They dropped the track “Affirmative Action,” along with a remix.  Foxy Brown would also appear on “Watch Dem” contributing to the hook. The album ended up being a huge success, being certified double platinum. It was agreed upon by all parties that The Firm album had to happen. The Trackmasters and Dr. Dre would split production duties.

Nas – Affirmative Action feat. The Firm (prod. by The Trackmasters)

On paper, this album made total sense. All the members of The Firm were held in high regard commercially and in the streets. Then you had whom many consider one of the top producers of music period in Dr. Dre and the hottest up and comers in The Trackmasters. It all translated to lofty expectations of a historical album that would go multi-platinum.

AZ and Nas: Partners in Rhyme

If you enjoyed this post and want to be alerted of new content like/follow me on  these social media platforms: