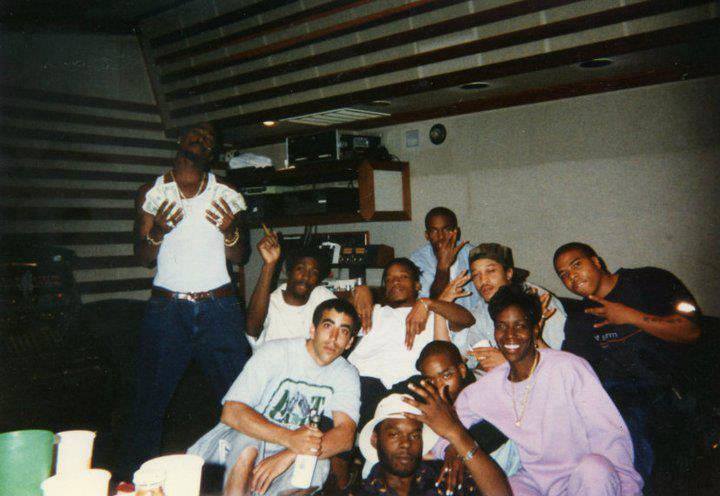 Black Moon, which is spearheaded by Buckshot dropped “Creep Wit Me” as the first single for the forthcoming Dark Side of the Moon album. It will be there first project since 2006’s After the Chemistry. Although it has been thirteen years since their last album Buckshot has remained active releasing collaboration albums as a solo artist. In addition to running the Duck Down Records label, putting out material from acts who comprise his supergroup Boot Camp Clik.  Including Smif-N-Wessun aka Cocoa Brovas and Heltah Skeltah with the late Sean Price and Rock.

The Bootcamp Clik has made its mark on hip hop with staying true and authentic to the classic New York sound with lyricism and the production. Over the years they have attained a strong underground cult following.  The notoriety of the movement would have been broader had 2Pac’s One Nation album had been completed and released. The album by design was to bring unity between the East and the West.

Tupac reached out to Bootcamp Clik specifically because they had showed him love in the liner notes of Smif-N-Wessun’s 1995 album Dah Shinin’ while he was incarcerated. He also was drawn to the Duck Down Record label operating independently. Tupac himself had aspirations to have his own label once his contract with Death Row records had been fulfilled. Buckshot along with Tek and Steele form Smif-N-Wessun in interviews conveyed their experience with Tupac. That they had a real connection, a real brotherhood.

During their time in California a handful number of tracks had been recorded for the One Nation project. The song “Military Minds” had an alternative version showing up on 2Pac’s 2002 album Better Dayz. Other tracks including “Set It Off”, “Brotherz at Armz”, and “Let’s Fight” made their way onto the underground mixtape circuit and eventually the internet years later. The One Nation album was never completed due to Tupac’s passing.

If the One Nation album had been completed and released it would have given the Boot Camp Clik an opportunity to be showcased to a wider audience. The artists tied to the Boot Camp Clik movement would have garnered more fans. 2Pac’s impact on hip hop would have taken a different trajectory by uniting both coasts. Ultimately New York hip hop acts prominent in the nineties would have had a longer run in general.

2Pac and Stretch: Before the Fallout