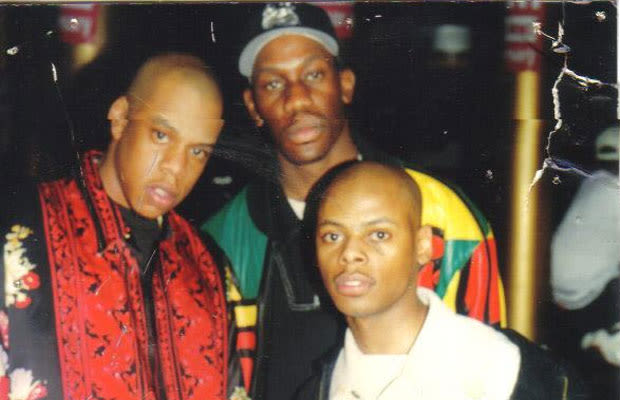 Recently Funkmaster Flex rehashed the debate whether music industry executive Lyor Cohen’s dealings with Damon Dash and Jay-Z were exploitive or were the reason they became successful. During the response Flex unfairly brought up the artist Mic Geronimo. Basically saying to the effect that Jay-Z’s career trajectory would have mirrored Mic Geronimo’s if it had not been for Lyor Cohen. Jay-Z would be considered a well-respected lyricist with just an underground following.

The reality is that Mic Geronimo had integrity and was not going to be treated as a pawn by those around him with inflated egos. Thinking they can call the shots and dictate Mic Geronimo. If you take a deep dive into his work you will see he has had an amazing career working amongst some of the greats despite the politics dealt with.

The first collaboration to mention is “4 My Click” with Cash Money Click consisting of Chris Black,O-1, and Ja Rule which was released in 1994. The song did make a significant on New York hip hop radio and was a good lead in for Mic Geronimo’s 1995 album The Natural which is considered a classic. Mic Geronimo was able to work with the Lost Boyz and Royal Flush on the “Masta I.C.” remix. The most significant track though is “Time to Build” which featured Jay-Z, DMX, and Ja Rule.

The following year Mic Geronimo’s track “Queens Life” featuring Royal Flush and Havoc from Mobb Deep circulated through the mixtape circuit. His follow up album 1998’s Vendetta was a star studded affair. The lead single “Nothin Move But the Money” featured vocals from Puff Daddy and Kelly Price. The remix featured Black Rob and DMX. Jay-Z along with Carl Thomas would make an appearance on “Single Life”. The last track to mention is “Usual Suspects” featuring DMX, Ja Rule, The Lox, and Tragedy.

Around this same time Mic Geronimo recorded “Evil that Men Do” with 50 Cent. Allegedly it was the second song that 50 Cent ever recorded. In 2001 “Sh*t is Still Real” would be a hidden track on DMX’s The Great Depression album. It was an ode to Mic Geronimo’s 1994 debut single “Sh*t’s Real”.  Due to politics it would not be until 2005 Mic Geronimo would independently release the album Long Road Back. Ironically the album would include the track “Fly High” featuring Ja Rule despite Mic Geronimo’s fallout with Irv Gotti.

True hip hop heads will co-sign that Mic Geronimo is a high caliber, and talented emcee. It is commendable that he put his integrity ahead of record sales. This action speaks volumes of Mic Geronimo’s character. Flex should not have brought up Mic Geronimo’s name under these circumstances. Hopefully this situation translates into those unfamiliar with Mic Geronimo to take a look at his impressive discography.