Aretha Franklin: Always to be Remembered 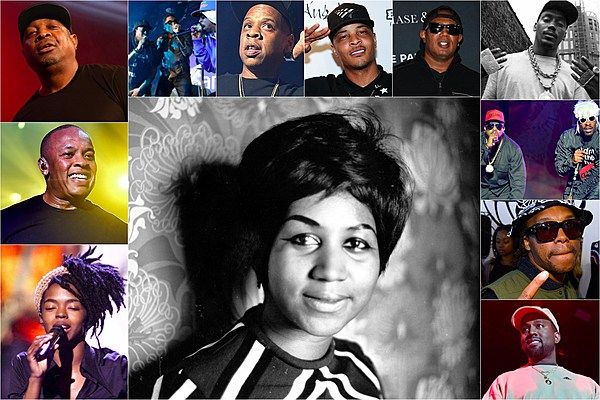 Aretha Franklin, the Queen of Soul will always be remembered as one of the greatest artists of all time. Her career spanned over six decades, breaking numerous records on the way. However it is her soul, her voice that was so powerful and moving. Through the music she gave us the entire spectrum of human emotions. Felt it would be fitting to give her a tribute by highlighting some of her work that has been sampled over the years by hip hop artists.

The first song to mention is “One Step Ahead” released in 1965. At this point in her career Aretha was still establishing herself, right on the cusp of becoming a star. The song was a single not on any album but did manage to be a top 20 hit on the r&b charts. The song was famously sampled on Mos Def’s “Ms. Fat Booty” from his 1999 debut album Black on Both Sides.

Aretha Franklin – One Step Ahead

Next song to discuss is “Think” off of the 1968 album Aretha Now. The song was a smash, breaking the top ten on the billboard charts. It would be used on 3rd Bass’s track “The Gas Face” off The Cactus Album released in 1989. The single would be one of the largest of the group’s career. Aretha’s 1970 track “Call Me” from the album This Girl’s in Love with You would be another number one hit on the r&b charts. The track was seamlessly sampled on Slum Village’s “Selfish” from the 2004 album Detroit Deli ( A Taste of Detroit). It would be the group’s biggest hit and produced by Kanye West.

Kanye West himself would use the self-titled album track “Spirit in the Dark” from Aretha’s 1970 project for his 2004 album College Dropout. His song was called “School Spirit”. Last song to mention is the top five billboard hit “Day Dreaming” from the 1972 album Young, Gifted, and Black. This was sampled by T.I. on “Let’s Get Away” from his breakthrough 2003 album Trap Muzik. It featured and was produced by Jazze Pha, son of James Alexander bassist for the 1960’s soul group the Bar-Kays.

Aretha Franklin – Spirit in the Dark

Aretha Franklin’s music will continue to always live on. She created such a legacy, building a huge fan base and an inspiration to other music artists. With the artists discussed in this article there is a commonality they all shared of authenticity and soul.  Having a discography that includes work that moves the human spirit like Aretha Franklin did.

Ja Rule and Ashanti: Collaborative Album in the Works
Heavy D: Legacy in the RnB World
Nas and DJ Premier: Next Album on Deck?!?!