AZ and Nas: Partners in Rhyme 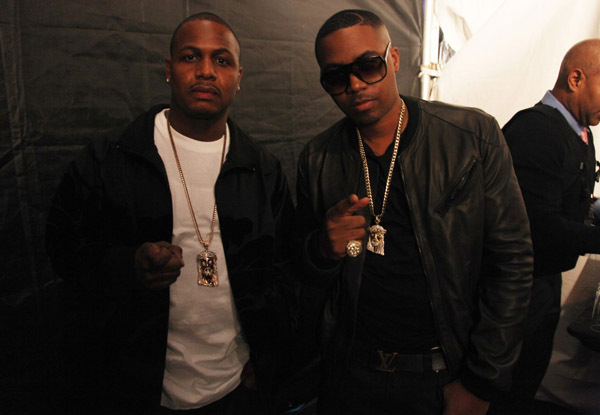 AZ’s album Doe or Die 2 at this point has been nine years in the making. A follow up to his first album 1995’s Doe or Die which is considered his best work. For Doe or Die 2 AZ wanted to make sure the line-up of original producers were involved including Pete Rock, L.E.S, and Buckwild. In addition to ambitiously recruiting DJ Premier, Dr. Dre, Kanye West, and Eminem to be involved as well. One other key ingredient from the original album that must also be included in the follow up is the presence of Nas.

AZ and Nas’s relationship dates back to the days of Illmatic. An album many would argue is one of the greatest ever. AZ was the only guest on the album, featured on “The Genesis” and Life’s A…” At some point during this time period Nas recorded the track “Understanding” which also featured AZ as well as Biz Markie. AZ’s contribution to the album led to a record deal with EMI Records and the release of Doe or Die.

Nas contributed on three tracks for Doe or Die including “Intro”, “Gimme Yours” and “Mo Money, Mo Murder”. The album just like Illmatic would eventually be certified platinum. In 1996 the super group The Firm was formed which consisted of Nas, AZ, Foxy Brown, and Cormega. Cormega would eventually be replaced by Nature.

The group would make their debut on Nas’s 1996 album It Was Written on the track “Affirmative Action”. A remix would be put out as well. The following year because of Nas and AZ’s chemistry they were recruited for a Sprite Commercial rapping over Double Trouble’s “Double Trouble at the Ampitheatre”. Originally from the 1983 hip hop classic film Wild Style. Leading up to the release of The Firm’s project simply titled The Album.

Because of the talent involved within the group and a joint production effort between Dr. Dre and The Trackmasters the album was expected to make a big splash. When all was said and done the album sold a million copies, falling well below expectations. The most memorable track from the project was the second single “Phone Tap” produced by Dr. Dre. The first single “Firm Biz” in hindsight was considered a miscalculation. However it did produce an underrated remix. Lastly a track surface titled “Time” produced by Dr. Dre which was initially unreleased until years later that should have been on the album.

Despite the letdown AZ released his 1998 sophomore album Pieces of a Man which featured Nas on “How Ya Livin”. It wouldn’t be until Nas’s 2001 Stillmatic album that the duo would be heard together on “The Flyest”. The following year Nas returned the favor on “Essence” from AZ’s album Aziatic. Around that same time the tandem recorded “Holla Back” with Kool G Rap but was never officially released. The last known track Nas and AZ worked on was “Serious” recorded around 2005 that made its way eventually onto the 2009 AZ compilation, Anthology (B-Sides & Unreleased).

AZ – How Ya Livin feat. Nas

Hopefully 2019 is finally the year that AZ puts out Doe or Die 2. In interviews he has conveyed that he has tracks from the original producers of Doe or Die. Hopefully he will land the other legendary producers desired to round out the production. The most important component though is to be reunited with Nas. Nas introduced him to the world and made memorable music with AZ. It would be the last ingredient to make Doe or Die 2 a classic like the original.