Ice Cube with Too Short and DJ Pooh: Reunion 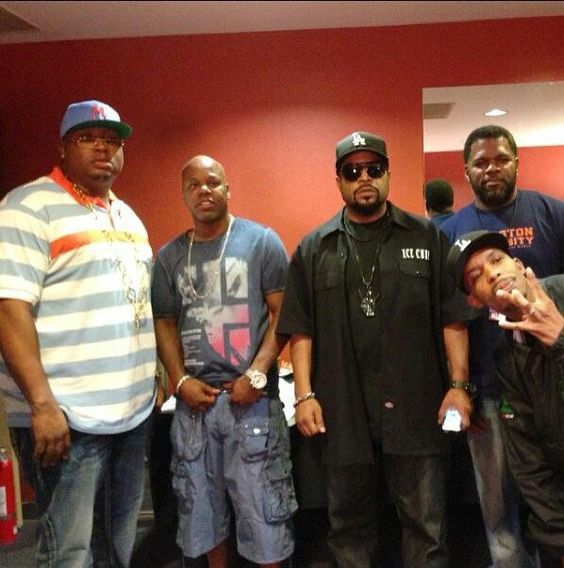 Ice Cube’s just released Everythang’s Corrupt was well worth the wait.  His voice is still powerful delivering social street knowledge lyrics over top production beats. The album itself has one feature which is fellow West Coast legend Too Short with the track “Ain’t Got No Haters” produced by none other than DJ Pooh. Both Too Short and DJ Pooh were prominent figures that Ice Cube collaborated with in his career early on. It has been over five years since Ice Cube last linked up with Too Short and twenty plus with DJ Pooh.

Ice Cube – Ain’t Got No Haters feat. Too Short (prod. by DJ Pooh)

DJ Pooh early on would appear as a prominent character in Ice Cube’s videos including 1990’s “Who’s the Mack” from AmeriKKKa’s Most Wanted. Too Short that same year appeared with Ice Cube on “Ain’t Nothin’ but a Word to Me” from the album Short Dog’s in the House. Later that year Ice Cube appeared on “Played Like a Piano” produced by DJ Pooh for King T aka King Tee’s album At Your Own Risk. Shortly thereafter DJ Pooh once again appeared on Ice Cube’s video “Jackin’ for Beats” tied to the ep Kill at Will.

Too Short – Ain’t Nothin’ but a Word to Me feat. Ice Cube

For Ice Cube’s next project 1991’s Death Certificate, a group of producers spearheaded by DJ Pooh labeled as the Boogiemen would contribute a number of classic tracks. This included “Steady Mobbin”, “A Bird in the Hand”, and “My Summer Vacation”. Ice Cube would continue working closely with DJ Pooh on his biggest selling album to date, 1992’s The Predator. Including his highest charting single “It Was a Good Day” and “When Will they Shoot”. In 1993 Ice Cube Several years later they would collaborate on creating the 1995 film Friday. However, DJ Pooh felt he did not receive the proper credit for his contributions leading to a fallout.  The two would not reconcile for a number of years.

Ice Cube – A Bird in the Hand (prod. by Boogiemen)

Ice Cube – When Will they Shoot (prod. by DJ Pooh)

Shortly thereafter in 1997 Ice Cube would work again with Too Short. First on “Game Over” from Scarface’s Untouchable project. The track also featured and was produced by Dr. Dre. Then once again on West Coast producer and Ant Banks compilation Big Thangs with the title track. It wouldn’t be until 2012’s “West Coast Sh*t” that Too Short and Ice Cube would be heard together. The song appeared on History: Function Music, a collaborative album between Too Short and E-40.

It is good to see that Ice Cube’s Everythang’s Corrupt incorporated many elements for fans of his early work.  Including trading verses with hip hop legend Too Short and production from DJ Pooh.  An integral part of his celebrated albums Death Certificate and The Predator. It is a testament of Ice Cube being authentic and not chasing trends.

Ice Cube and Ice-T: Longevity in the Game

Ice Cube and Everythangs Corrupt: Six Years in the Making

Spice 1 and Too Short: The Dangerous Crew