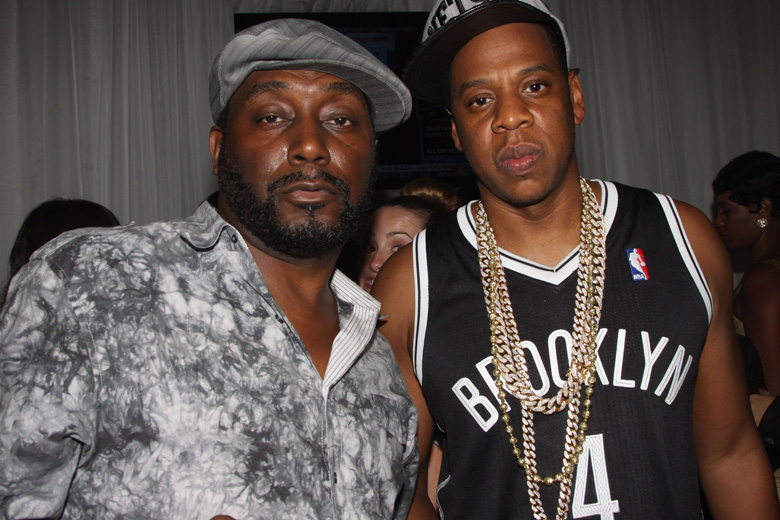 When discussing the greatest emcees in hip hop, Jay-Z and Big Daddy Kane have to be in that conversation otherwise it is blasphemy. Big Daddy Kane laid down the foundation and blueprint while Jay-Z ran with it.  There is a reason if you are familiar with both of their work it is evident that Big Daddy Kane influenced Jay-Z significantly.  Early on in Jay-Z’s career Kane took him under his wing.  The goal was to help him land a record deal.

Kane initially befriended Jay-Z through another emcee, Jaz-O. Jaz-O himself was an artist who had significant underground buzz looking to land a deal as well.  They all met at Fresh Gordon’s house. The year was 1988.  He was a producer with a home studio who at that point had worked with 80s artists including the Fat Boys and Salt N Pepa.  The song itself was significant in that Big Daddy Kane was impressed by Jay-Z.  Also the verses that Kane used would eventually be used commercially for the Juice Crew’s signature song, “The Symphony”.

What Kane decided to do was bring Jay–Z out and with him to get exposure. In 1990 they both appeared on Rap City where Jay Z was able to showcase his talents with a quick freestyle.  Kane then had him on the tour tied to the album Taste of Chocolate in 1991.  Each night Jay-Z would have the opportunity to perform along with fellow emcee Positive K during a break in Kane’s set.  His stage presence still needed work but his rapping skill set was already at a high level.

During a birthday party for Kane that same year they would perform together on a freestyle that was recorded. They would finally put a commercial track out together with the single “Show & Prove”.  It was a posse cut consisting of the two with Ol’ Dirty Bastard, Sauce Money, Shyheim, and Scoob Lover.  The song was produced by the legendary DJ Premier off of Kane’s 1994 album Daddy’s Home.  Jay-Z would go on making more demos, guest appearances on other artist’s albums, and release singles independently.  This would eventually lead to the release of his debut album Reasonable Doubt in 1996.

Everything would come full circle when Jay-Z brought out Big Daddy Kane during his concert to celebrate the opening of the Barclays Center in Brooklyn on Sept 28th, 2012.  Jay-Z wanted everyone to know how instrumental and important Kane was to him.  Without Big Daddy Kane who knows what the trajectory would have been for Jay-Z’s career.  They are indeed Brooklyn’s finest.

Jay-Z and DJ Clark Kent: On the Come Up