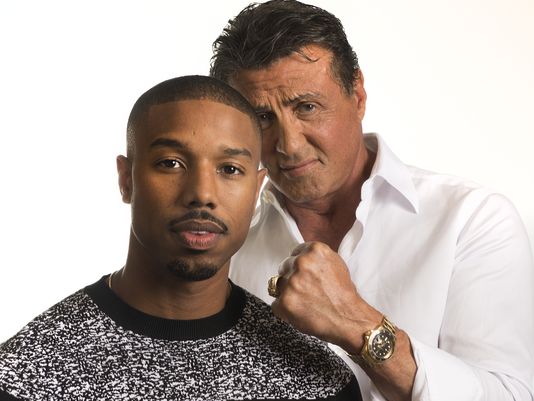 The film Creed II which is the 8th installment of the Rocky movie series is well on the way to achieving box office success. The series has spanned over 42 years and achieved 1.4 billion at the box office, forever cementing a legacy in cinema history. Along with the characters and the plot, music has contributed to the series success as well. The score and soundtrack played such a vital role invoking the emotions, ups and downs faced with the underdogs Rocky Balboa and Creed. Hip Hop artists have sampled numerous times from the score and soundtrack.

Eventually hip hop’s presence itself would become more prominent in the series as evident with 2018’s Creed II: The Album produced by Mike Will Made-It. The soundtrack includes standout cuts like “The Mantra which features Pharrell and Kendrick Lamar as well as “Check” with Nas and Rick Ross. Hip Hop first was tied with the Rocky series with the soundtrack of Rocky V released in 1990 which included the likes of MC Hammer on “Feel My Power” and his artist Joey B Ellis with the theme song “Go for It”. Prior to that composer Bill Conti provided the score, sprinkled in with rock songs that have been used in hip hop starting in the early 90’s.

Joey B Eliis – Go For It

The first song that comes to mind famously sampling Rock is Brand Nubian’s “Punks Jump Up to Get Beat Down” from their 1993 album In God We Trust. The track sampled Bill Conti’s “Gonna Fly Now” which was the theme song for the first Rocky. Next song that comes to mind is Puff Daddy’s Victory from the 1997 album No Way Out featuring The Notorious B.I.G. and Busta Rhymes. Sampling Bill Conti’s “Going the Distance”. Survivor’s “Eye of the Tiger” from Rocky III was used on M.O.P.’s “4 Alarm Blaze” featuring Jay-Z from 1998’s First Family 4 Life.

Brand Nubian – Punks Jump Up to Get Beat Down

Survivor – Eye of the Tiger

Big Pun’s 2000 posthumous album Yeeeah Baby included “Leatherface” which sampled Bill Conti’s “Redemption” which served as the theme song for Rocky II. Bill Conti’s “Reflections” would be prominently heard in Snoop Dogg’s “Too Black” from the Dead Man Walkin’ project released in 2000 as well. The last track to mention is The Game’s “Blackout” found on 2010’s the Brake Lights mixtape. The song cleverly samples Robert Tepper’s “No Easy Way Out” from Rocky IV.

Robert Tepper – No Easy Way Out

Interesting to see how the relationship of hip hop has evolved with the Rocky series. Early on the great score because of the raw powerful emotions it invoked being sampled. Hip hop was then being put into the mix with the soundtracks. Fast forward today where an entire soundtrack with a producer and artists who are on top of the game.

Jay-Z and DJ Clark Kent: On the Come Up
Masta Ace: Memorable Collaborations
Eve and Dr Dre: Aftermath and Beyond