The Notorious B.I.G. and 2Pac: Before the Fallout 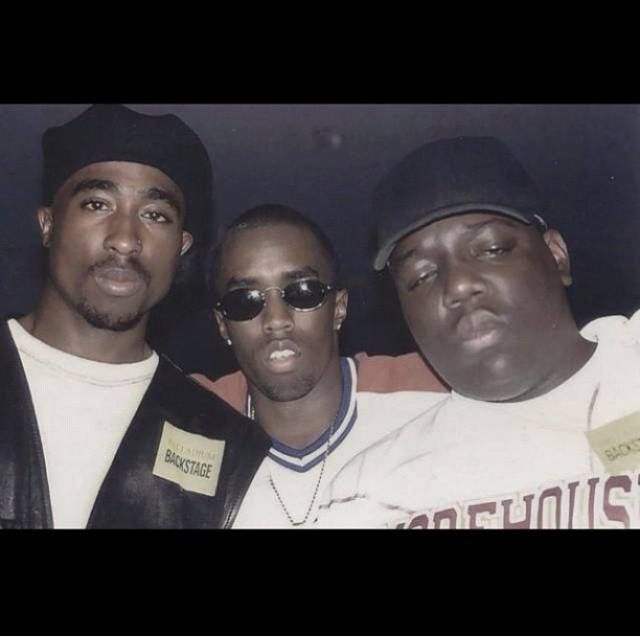 Recently on a Rap Radar podcast J. Prince, CEO of longtime record label Rap-A-Lot Records revealed his original vision of Scarface’s biggest hit “Smile”. The song featured one of the last verses that 2Pac recorded before he passed away.  J. Prince reached out to the Notorious B.I.G. asking for him to lay a verse for the track.  However, Biggie denied the request not wanting any connection with the song.(Mentioned at 1:00 mark). There was a time though when he would have hopped on the song without hesitation. Prior to Tupac being shot at Quad Studios in 1994, the two artists were very close.

Biggie and 2Pac would first be heard together on a freestyle performed at a Madison Square Garden in 1993. They were brought on stage by the legendary Big Daddy Kane who would also be accompanied by Shyheim and Big Scoob.  Biggie was beginning to build a buzz and 2Pac was riding the wave of his film Poetic Justice that had just been released at the time. That same year the two worked on a track called “House of Pain” that would eventually be released officially years later.

The following year 2Pac and Biggie would be found on the track “Let’s Get It On”.  A posse cut accompanied by Eddie F, Grand Puba, and Heavy D off the compilation album Eddie F & The Untouchables Present: Let’s Get It On – The Album.  The last track they recorded together was “Runnin From The Police” produced by Easy Mo Bee.  Easy Mo Bee would continue working with both artists during their fallout.  The track itself landed on the 1995 compilation One Million Strong.

Commercial wise the two would collaborate posthumously on the 2003 soundtrack Tupac: Resurrection on the song “Runnin’ (Dying to Live)” produced by Eminem.  The song was an updated version of “Runnin From The Police” with a different chorus and instrumental. The last official posthumous collaboration was “Deadly Combination” remix off of Big L’s 2006 album Big L: The Archives 1996-2000.

Looking back if Biggie had appeared on the “Smile” track maybe the tensions between the east and the west would have waned.  Possibly the Notorious B.I.G may not have been gunned down on March 9th, 1997.  At the very least it would have been a huge gesture on his part and bring closure.  The official tracks we have of these two legends is limited.  However talented producers have been able to create music of high caliber, putting their vocals over new tracks.  Making them sound new to the younger generations. Insuring that their legacies continue on.