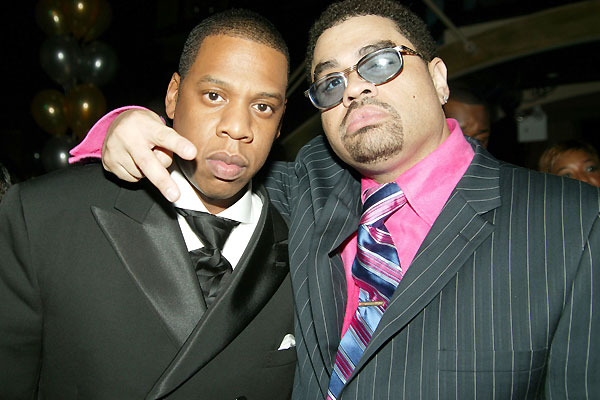 It is hard to believe this past Thursday November 8th marked the seven-year passing of hip hop great Heavy D. He had such an impact with his spirit and music. He was a versatile artist who could work with the top r&b artists as well as hip hop heavyweights.  Wanted to highlight those collaborations showcasing that Heavy D held his own when amongst the best.

The following year Heavy D would pop up on “The Basement” from Pete Rock & CL Smooth’s album Mecca and the Soul Brother. Then released “A Buncha” from the album Blue Funk. The track included The Notorious B.I.G. aka Biggie Smalls that at this point was still building a name for himself as well as Gang Starr and Busta Rhymes. In 1993 Heavy D lined himself with Queen Latifah, Treach, Chip-Fu, Freddie Foxx, D-Nice, and Dres to form The Flavor Unit MCs. The track was “Roll With That Flava”.

He would link up again with Treach on “Ready for Dem” from Naughty by Nature’s 19 Naughty III. As well as on the song “Rough…” from Queen Latifah’s Black Reign along with KRS-One. In 1994 Heavy D appeared on “Jam Session” with The Notorious B.I.G. from the NBA Jam Session compilation. He would work with Biggie again on “Let’s Get It On” accompanied by Eddie F , 2Pac, Grand Puba, and Spunk Bigga. The posse cut appeared on an Eddie F compilation

On Heavy D’s last hip hop album 1999’s Heavy he would collaborate with 8Ball and Big Pun on the lead single “On Point”. Also with Q-Tip on “Listen”. During the 2000’s he would would get behind the boards and do some producing including Jay-Z. Heavy D was a true hip hop heavyweight. A versatile artist who appealed to the r&b and party crowd and true hip hop heads.  Having the ability to hold his own amongst the best.  His music and legacy will continue to live on with fans showing “Nuttin’ but Love”.

Redman and Erick Sermon: About To Blow Your Mind
Heavy D: Legacy in the RnB World
Nas and Swizz Beatz: Unreleased Completed Project