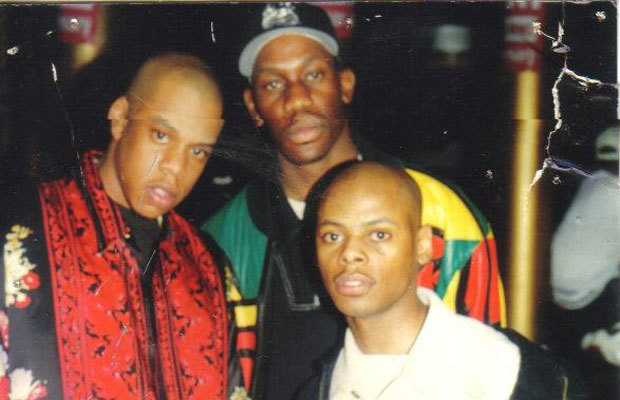 Just over a month ago Jay-Z released his collaborative album Everything Is Love with his wife Beyonce under the moniker “The Carters”. They made a big splash just dropping the album unannounced. The power couple have built up such a large brand that they were successfully able to pull that off. There was a time though where Jay-Z was still making a name for himself. Wanted to revisit memorable guest appearances he made during the early to mid 90’s prior to his debut album Reasonable Doubt. Some of the artists he worked with early on would serve as key mentors helping him hone his craft. Other artists he would cross paths with later on as he achieved prominence and would ultimately end up being his direct competition.

Jaz-O, an emcee from Brooklyn was Jay-Z’s first mentor. He would go on to put Jay-Z on several tracks from his 1989 album Word to the Jaz and 1990’s To Your Soul. The track that Jay-Z’s presence was felt the most was called “The Originators”. It showcased his ability to rap at an extremely fast pace that was popular at that time. Jaz-O and Jay – Z would continue collaborating here and there on Jay-Z’s early albums before having a falling out.

The next memorable appearance Jay-Z would make would be on the group’s Original Flavor’s 1994 sophomore album Beyond Flavor. He would appear on the tracks “Many Styles” and their biggest hit “Can I Get Open”. The relevance of this appearance was two-fold. One of the members of the group, Ski would produce several tracks on Jay-Z’s first two albums. The other important dynamic was that the group’s manager Damon Dash would go on and form the record label Roc-A-Fella Records with Jay-Z. Building a business empire until going their separate ways in 2005.

Original Flavor – Can I Get Open feat Jay-Z

That same year Jay-Z appeared on Big Daddy’s Kane 1994 album Daddy’s Home. Big Daddy Kane had taken him under his wing around early 1990. Putting him on tour to give exposure with the goal of landing a record deal. The track he appeared on was “Show and Prove” along with Big Daddy Kane, Scoob Lover, Sauce Money, Shyheim, and Old Dirty Bastard. It was also the first time Jay-Z would appear on a track that was produced by DJ Premier. They would go on to produce classic tracks throughout his career.

Each appearance was a stepping stone for Jay-Z to finally release his debut album. In 1995 Jay-Z appeared on “Da Graveyard” a track from Big L’s album, Lifestyles ov da Poor & Dangerous. This time with Big L, Jay -Z appeared with Lord Finesse and Y.U. Big L was well on his way of being a prominent artist and probably would of worked with Jay-Z down the road. Unfortunately, his life was cut short at the age of 24. He had been close to signing with Jay Z’s Roc-A-Fella records and had the trajectory of becoming a star.

That same year Jay-Z hopped on Mic Geronimo’s “Time To Build” off of Mic Geronimo’s 1995 album The Natural. This track would be instrumental in taking him to the next level and beyond. Along with Jay-Z and Mic Geronimo on the track was also Ja Rule and DMX. The producer had coined the trio as Murder Inc. The three artists would eventually rule the hip hop world starting in the late 90’s into the early 2000’s.  Hopping on tracks together here and there, teasing the world of a full-fledged album that never came into fruition.

Jay-Z paid his dues early on in his career. He gained knowledge and forged relationships that positioned him to have an incredible run that is still going strong till this day. He aligned himself with personnel that would market and build his brand ala Damon Dash. Work with producers including Ski and Irv Gotti who would create monumental tracks for him. Have Jaz-O and Big Daddy Kane mentor him to hone his craft.  Then for motivation purposes be associated with emcees who would become his peers and direct competition including Big L, DMX, and, Ja Rule.